Frank Wright and Motowest entered their race car ‘Black 7’ in the 12th running of the Classic Challenge Rally. This was conducted on May 4th and 5th across 24 stages ranging from Perth to Mandurah. The car was driven by Frank Wright and co driver Kerry Mason, another Birkin owner.

A tentative start was caused by an inability to get the usual tyres for such an event. Black 7 had to settle for Khumo V70 fronts and Acon ACB 10’s on the rear. Saturday was finished at Mandurah with a round under lights at the Centro Forum upper car park, completing what was overall a very hectic day. The highlight of the day was the three runs at the Kwinana Motoplex drag strip with Black 7 clocking a best of 12.81 which surprised a few of the more expensive entries. This was all executed without the tyres of choice! The Motowest team  were only bettered by a Lamborghini Gallardo Spider which ran a 12.33.  The Motowest team were class leaders and 6th outright at the finale of day 1, and looking forward to the next day.

Sunday started at the Atrium Hotel with some local stages and a quick romp up the freeway to Perth. Unfortunately some mistakes were made by pushing too hard, and the Motowest team finished the day 8th outright and 1st in class. Overall the car proved extremely popular with the crowds and it didn’t miss a beat the entire weekend.

The Rally was conducted by Paul Blank and AEM, both of whom ran a fantastic operation.

Motowest and other Birkin owners in WA hope to field at least 5 cars next year; but for now they are gearing up for the Dutton Rally on July 27th. As it stands 2 cars have been entered with another 2 pending…

Stay tuned for further updates from the West! 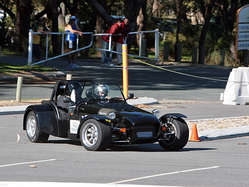 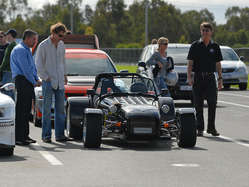 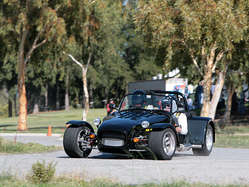