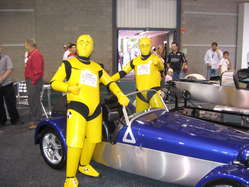 So easy to put together even a couple of dummies can do it!


Birkin’s Geoff Mockford stated, “We were very happy with the strong level of interest especially from country areas like the South East where a kit has recently been sold to Mount Gambier High School” (more news on this later).

Birkin’s Adam Serafini stated, “ Of great importance to us was raising the image of Birkin to the general public and the Adelaide Motor show gave us a great opportunity to do this.  Our stand was situated right next to Elfin and Lotus and I think Birkin’s presence complemented those marques very well.”


Next year Birkin Adelaide hopes to exhibit again with a bigger stand and demonstrations of how easily the kits are assembled.  The level of interest promises good things to come for the rest of the year. 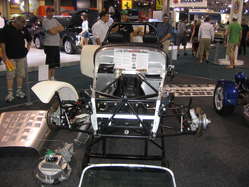 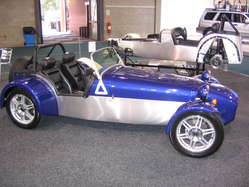 You can view more photos of the Birkin display in our Gallery.